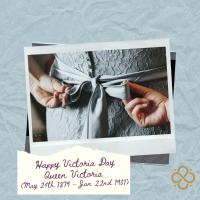 When is Victoria Day in Canada?

History of Victoria Day in Canada

Despite being one of the most famous British Monarchs, at birth, Victoria was only fifth in the line of succession for the British crown, behind the four eldest sons of George III, including her three uncles and her father, Edward.

For many Canadians, Victoria Day marks the unofficial beginning of summer, with many people opening their summer cabins. It is a popular holiday as it is the first holiday to take place in the warmer summer months.