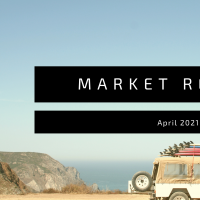 Home sales in the Greater Toronto Area (GTA) set a new record for April and amounted to more than quadruple that from April 2020 – the first full month of the pandemic. Bucking the regular seasonal trend, April 2021 sales actually declined month-over-month. A similar trend was noted for the number of new listings reported.

New listings followed a similar track – down by 8.4 percent compared to March 2021, but more than triple the number of new listings reported in April 2020. Compared to the ten-year new listings average for April 2010 to April 2019 period, the April 2021 new listings count was up by 18.3 percent.

The MLS® Home Price Index Composite Benchmark was up by 17.8 percent year-over-year. The Composite benchmark also increased on a monthly basis, but the pace of monthly growth decelerated. The average selling price of $1,090,992 was up by 33 percent compared to April 2020 but was basically flat relative to March 2021. This was in contrast to most years in the past when the average selling price increased between March and April.

What is Seasonal Adjustment?

Seasonality refers to a monthly (or quarterly) pattern that occurs in roughly the same manner from one year to the next, e.g., sales are highest in the spring and lowest in the winter each year.